State benefits for people diagnosed with a terminal illness are to be expanded in capacity and increased in value after long-running campaigns.

From next year the required diagnosis for eligibility for terminal illness benefits will be 12 months instead of the present six months, while payments are set to be made at the highest available level in each category.

“The current special rules for terminal illness which fast-track benefit applications for those with a terminal diagnosis of six months is to be replaced with a new 12-month, end of life definition,” the Department of Work and Pensions (DWP) said.

“The move will ensure that people in the final year of their life will receive vital financial support quicker than they can do at present and at the highest rate through revised special rules.”

The department said that under the updated rules, clinicians will still have discretion and will be supported by a “realistic and straightforward definition”, which aligns with current NHS practice.

‘More to be done’

The changes following long-term campaigns by charities, carers and clinicians for an overhaul to the system.

Marie Curie chief executive Matthew Reed welcomed the move saying it would help ensure that more dying people can concentrate on making the most of the limited time they have left, rather than worrying about their finances.

“There is more to be done, but this is important progress and we look forward to working with the UK government to bring in this change as quickly as possible,” he said.

“Marie Curie will continue to play our part in making the case for people living with terminal illness to receive the financial support they need at the end of life, and ensuring that terminally ill people and their health professionals know what they are entitled to.”

“This is a victory for the hundreds of campaigners across the country who have worked tirelessly alongside the MND Association urging the government to change the rules,” she said.

“Now the recommendations must be implemented quickly, to ensure no more people already facing the most difficult time of their life have to wait to claim the support they not only desperately need but are entitled to.”

Minister for disabled people Justin Tomlinson said: “The new 12-month approach will ensure people get the financial help they need as quickly as possible in the most challenging of times.

“We have carefully considered the best approach and I am grateful to everyone who has contributed to our work in reaching this outcome.”

Health & Protection has contacted the DWP for more details on the changes. 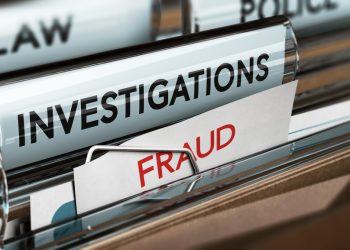